Despite the fact that I have basically failed at every athletic endeavor I've ever attempted, I love the Olympics. They make me weirdly patriotic and optimistic about world affairs. If we can all get along on the slopes and on the rink, can lasting world peace be far behind?

Some thoughts on this year's Winter Games in Vancouver, in no particular order: 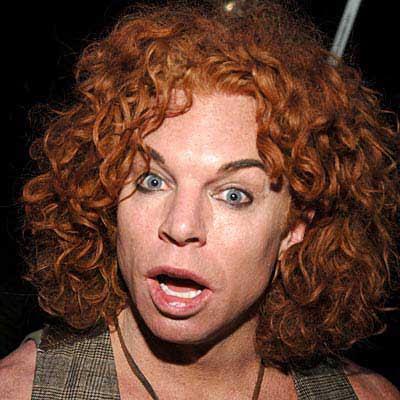 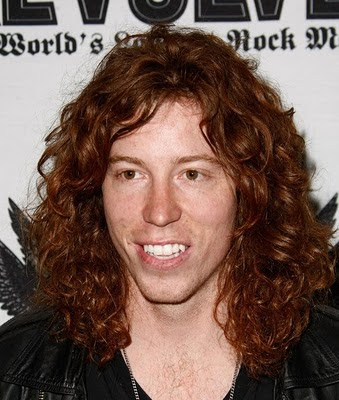 2. Male figure skaters can be sexy even when questionably attired. Let's just say that I wouldn't kick any of these guys out of bed: 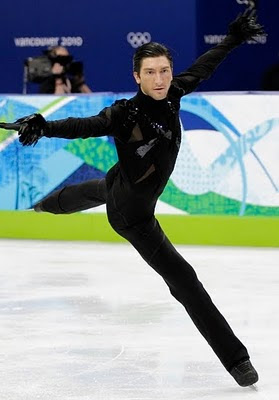 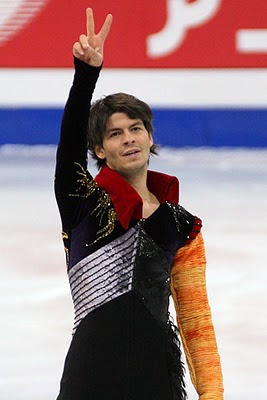 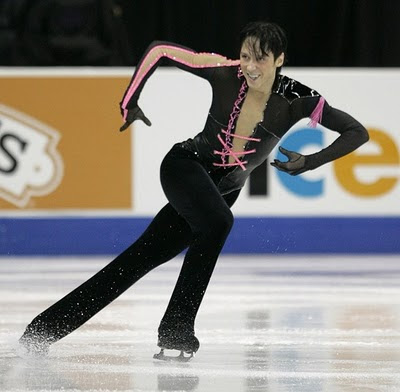 Ok, maybe I would kick Johnny Weir out of bed, but I'm not sure I could get him there in the first place. I am, however, fascinated with the euphemizing of his gayness that plagued commentators during the men's competition.

3. Curling looks neither fun nor athletic. Was it invented by hockey-loving janitors?

4. Now that has someone died, it's pretty tasteless to make luge jokes. Tasteless, but not impossible.

5. Watching the opening ceremony, I wondered if I had smoked marijuana and then forgotten I had done so. My favorite part was what I termed "Hipster Riverdance." I hope you saw it, because after an exhaustive Google image search, this is the best photo I can find: 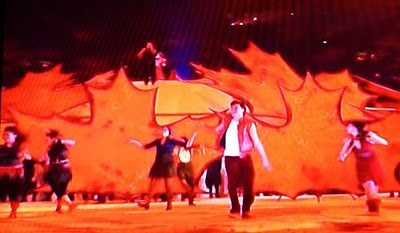 I've mostly been watching the Games at bars or friends' apartments, because the picture quality of my T.V. is so terrible. But apparently, I'm getting a new flat screen T.V. from my Dad for my upcoming birthday....here's hoping it arrives before the closing ceremony, which undoubtedly will feature more random and unrecognizable Canadian celebrities!
Posted by Katie Vagnino at 3:34:00 PM

Email ThisBlogThis!Share to TwitterShare to FacebookShare to Pinterest
Labels: Olympics

You know, I've had the same thought about Curling over the years, but I think it's a matter of perspective.

To a large portion of the snowed-on world, curling is a common past time. It's their version of street hockey or parking lot soccer or stickball. And while their athletes don't fit the 1% body fat mold of most other sports, after watching the Canada/Denmark match, I can't deny that there's a decent amount of skill involved.

I'd imagine that when we added snowboard half-pipe to the Olympic program, the nations that had been dominating the more traditional alpine sports were a little put-off.

I think following the anti-curling thought winds up at the old sports vs. games debate, which is counterproductive, or at least a waste of time.

I want one of those curling pucks to be my apartment vacuum robot.

I can't decide whether my next girlfriend should be a beer guzzling curler or a protective, meat gathering biathlete. Advice, Katie?

My favorite Olympic moment was when a French figure skater swore without censorship while awaiting his scores. NBC apparently does not speak French.

Katie Vagnino
Minneapolis, MN, United States
I write and teach poetry, I sing in a blues band, and I do content marketing for a digital health company